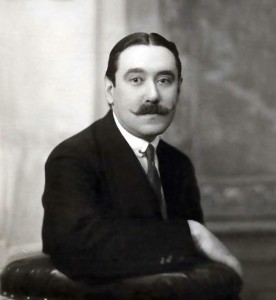 The Intermezzo Chamber Music Series’ third concert of the season will pair works by well known composers with pieces by composers who certainly aren’t household names.

In the first half, it’s going to be Mozart and Joaquin Turina.

The concert will open with Mozart’s Flute Quartet No. 1 in D major, K. 285. That will be followed by Turina’s Sextet for Viola, Piano and String Quartet (Escena Andaluza). Mozart needs no introduction, but Turina doesn’t appear too often on programs. Born in Seville, Turina’s music exhibits a sophisticated blend of Spanish elements and impressionist harmonies. The Escena Andaluza is a fairly early work, written in 1912 when the composer was 30.

The second half pairs another Spaniard, Juan Arriaga, with Debussy.

Known as the “Spanish Mozart,” Arriaga was only 20 when he died in 1826. His small output of works shows that had he lived he would without question be one of the major composers of the first half of the 19th century.

Arriaga’s delightful String Quartet No. 3 in E flat major will open the second half and Debussy’s Sonata for Flute, Viola and Harp will round out the evening.

The concert takes place July 29 at 7:30 p.m. in Vieve Gore Concert Hall on the Westminster College campus. Tickets are $18 for general admission and $15 for seniors and available at the door or online at www.intermezzoconcerts.org. Students are admitted free.

(To read an interview with flutist Mercedes Smith, click here).