Back in 2001 the National Endowment for the Arts, the National Institutes of Health and four other organizations sponsored a research program called “The Creativity and Aging Study.” The long term study examined the influence of active engagement in the arts on the overall health of older adults.

The study was led by renowned gerontologist Dr. Gene D. Cohen, director of the Center on Aging, Health and Humanities at George Washington University. One of the members of the research group was Jeanne Kelly, at the time director of the Levine School of Music in Arlington, Virginia. 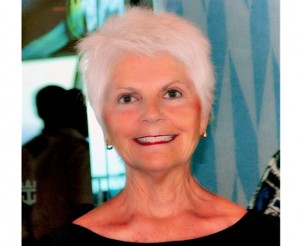 “We had 150 singers in one group and 150 people in our control group, which we called the ‘couch potatoes,’” Kelly told Reichel Recommends. “What we found were that the singers had fewer doctor visits and fewer falls. They were a lot less depressed and were using less medication. They were healthier and happier by being challenged and treated like any other singer.”

What Kelly learned from this research program was life changing for her. The study ended in 2006 and the following year she left the Levine School and founded Encore Creativity, a non profit organization for older adults. “By that point I had had enough of teaching young students who ‘had to’ be in class,” she said. “Instead, I wanted to work with older people who wanted to be there and who wanted to be actively involved with music. That’s how Encore Creativity started.”

Today, Encore Creativity consists of 13 chorales in Washington, D.C., Maryland and Virginia. That’s 650 singers who meet every week to rehearse, have fun and perform, Kelly said. Singers have to be at least 55 to join Encore, and there is no upper age limit. “I had someone who was 103 in one of our groups,” Kelly said. “As long as you can breathe, you can be part of Encore.” 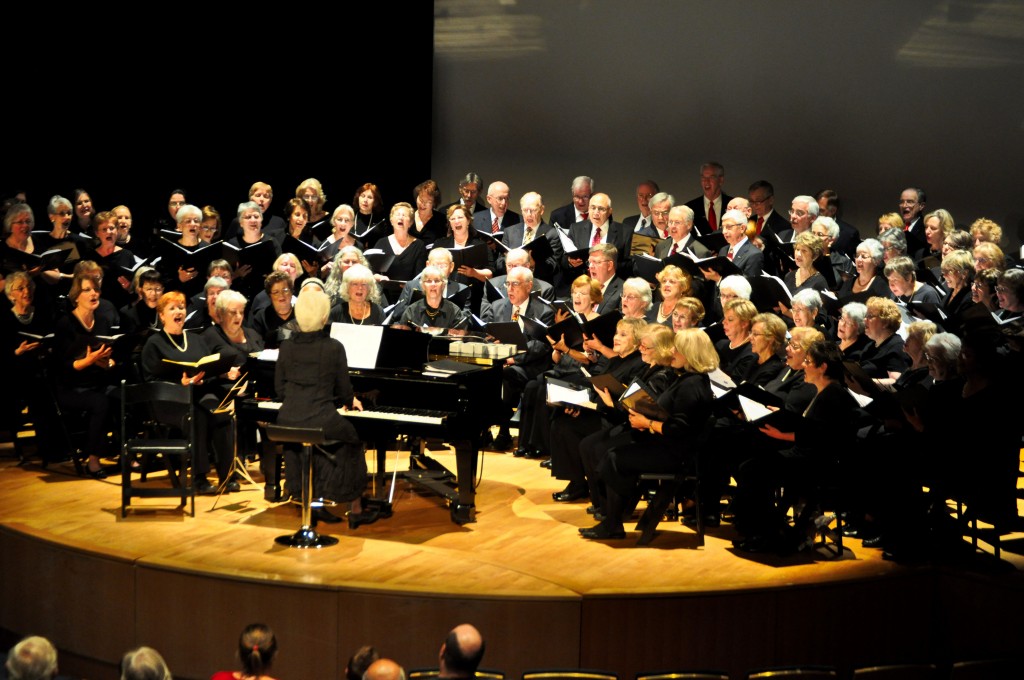 Kelly conducts nine of the chorales. There arefour other conductors, and affiliate choirs have their own conductors, she said. Encore Creativity is based mainly in the East, but is slowly expanding westward.

In Salt Lake City, composer/conductor Mary Lou Prince is starting a choir, the Salt Lake Encore Chorale, which she hopes will be up and running in September and which will be under the Encore Creativity umbrella.

Before Prince moved to Utah last year, she lived in Tucson where she started a choir of older singers. She was amazed at how being in the choir affected everyone. “Singing in the choir changed people’s mood and attitude,” she said. “It seemed like people were coming alive again.”

She hopes the same will happen with her Encore Choir. “If you can carry a tune, try it out,” she said. “There are no auditions, and people need to understand that they will be singing four-part harmony.”

Participation in the choir costs $140 per semester. Anyone interested can call Prince at 520-400-0831 or send an email to slencorechorale@gmail.com.

With the great choral tradition Utah has, and with so many former members of the Mormon Tabernacle Choir, where the mandatory retirement age is 60, Prince hopes to attract a large number of people to her choir. “We’ll be teaching music and rehearsing and preparing for a big event in December. It’s going to be a lot of fun.”

To introduce Encore Creativity to Utahns, Kelly will be coming to Salt Lake City on July 30 to conduct a workshop that will illustrate what the organization is all about. Kelly will talk about how Encore Creativity started and discuss the results of the creativity and aging study. “During the workshop we will also work on technique and do some singing,” Kelly said.

She said that the repertoire for Encore ensembles is demanding but enjoyable. “You have to be careful in choosing repertoire for older voices.” She added that some of the music her groups sing are well known, while others are new. “It’s challenging but accessible.”

The workshop, which is free of charge, takes place July 30 from 2-4 p.m. in the Salt Lake City Library Auditorium. To find out more about Encore Creativity, log on to www.encorecreativity.org.