Sometimes it feels good to get out of your comfort zone and do something different. That goes for people and also for piano trios. “It’s nice to get off the beaten path and do works that aren’t in the standard repertoire,” said Jon Klibonoff, pianist with Trio Solisti.

When Klibonoff and his colleagues in the trio (violinist Maria Bachmann and cellist Alexis Pia Gerlach) come to Salt Lake City next Tuesday, they’ll bring along a program that certainly falls outside the box. They’ll be joined by soprano Amy Burton, and Klibonoff is looking forward to the collaboration. “Programs with guest artists are hard to come by,” he said. “We don’t get the opportunity to do that very often.”

The trio has performed and recorded with Burton on several occasions, but not frequently. And the program they’ll be playing in Libby Gardner Concert Hall makes for a “nice change of pace for us,” Klibonoff said.

Burton and the instrumentalists will do three works together: a set of Beethoven’s Irish and Scottish songs; a recent piece by American composer Paul Moravec; and Schubert’s Shepherd on the Rock.

Burton and the trio will do one Scottish and four Irish songs, Klibonoff said. “These are unusual because they’re scored for voice and piano trio.” In the 19th century composers normally wrote songs with piano accompaniment, but having the singer accompanied by a piano trio creates a unique sound combination. “It’s a very sweet sound.”

But while Beethoven wrote quite a few songs, the composer usually associated with the art of song writing in the 19th century is Schubert. He almost always wrote these pieces for voice and piano, but there are a few exceptions. The most famous one is the lengthy song Shepherd on the Rock. The work is usually heard in its original version for piano and clarinet, but the score notes that the violin can replace the clarinet, and that’s how it will be performed at the concert. “It’s really a very sweet piece and works well with violin,” Klibonoff said. 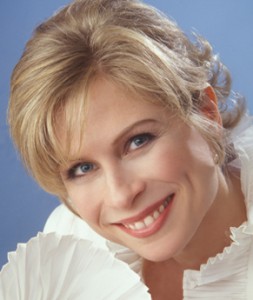 The final collaboration is Moravec’s Vita Brevis, which Burton and Trio Solisti have recorded. “We’ve known Paul for many years. He’s written many pieces for us that we’ve played and recorded.”

Vita Brevis is a setting of poems that describe the journey of life, Klibonoff said. “There are five poems and they take you from birth to death.”

Stylistically, the song cycle is “accessible melodically and harmonically. It’s very appealing to audiences. Paul has a definite connection to a traditional style of writing.”

The concert will open and close with purely instrumental works.

Beethoven’s Variations on an Original Theme, op. 44, starts things off. “It’s a very deceptive work,” Klibonoff said. “It’s much later than you would think. It reminds you of the early op. 11 [trio], but it was written later on in his career. We like it as an opening work because it’s lightweight and playful.”

Closing the program will be Chausson’s Trio in G minor, op. 3. “Chausson was really, really gifted, and this is a work that should be played more often.” What Klibonoff and his colleagues admire about it is how well it’s written. “The instruments get to shine. We enjoy playing it.”

When the trio comes to Salt Lake City next week, it’ll bring with it its latest recording, a CD with two Dvorak works: the Trio, op. 90, Dumky; and the Trio in F minor, op. 65. “It was just released and we’re excited about it,” Klibonoff said.

1 thought on “TRIO SOLISTI LOOKS OUTSIDE THE BOX FOR ITS SALT LAKE CONCERT ON JAN. 22”