Among composers who write for wind ensembles David Maslanka would without any question rank high at the top.

“David is one of the biggest names in wind writing today,” conductor Scott Hagen said. “He will be played forever.” 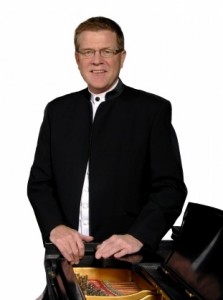 Hagen should know, since he has conducted a number of Maslanka’s works over the years with his Utah Wind Symphony and the University of Utah Wind Ensemble.

Later this month Hagen and his wife, clarinetist Myroslava Hagen, will give the world premiere of Maslanka’s new clarinet concerto, a work he wrote for Myroslava Hagen.

“Myroslava approached David back in 2013 about writing a concerto for clarinet and winds, and he was keen on the idea,” Scott Hagen said, and added that he and his wife were thrilled that Maslanka agreed to do it. “We’ve developed a nice relationship with David and we’re committed to his music.” 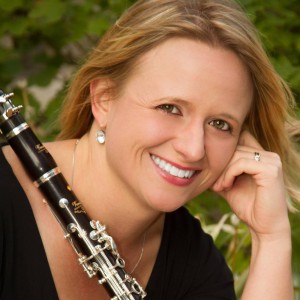 The concerto was actually commissioned by a consortium of performers, institutions and ensembles, including the Hagens. “There are about 30 so far who have joined the consortium,” Myroslava Hagen said.

She said that this will be a work that will have broad appeal for clarinet players. “David is a clarinetist, so the writing is very idiomatic for the instrument.”

While members of the consortium had questions for Maslanka regarding various aspects of the concerto, including instrumentation, he and Myroslava Hagen never actually collaborated on it together while he was composing it. “We let David do what he wanted,” she said.

While many composers who write concertos appreciate feedback from the intended soloists, Maslanka prefers working out his ideas and crafting his works by himself. “Composing is not a group process for me,” he said.

Much like Beethoven, who took long walks daily in and around Vienna to find inspiration and jot ideas down in a sketchbook, Maslanka also likes to go wandering in nature. For him, these walks take place in the hills south of Missoula, Mont., where he lives. “Doing that helps me keep my mind clear and lets me be open to ideas.”

Maslanka, too, writes down every theme and fragment that come to him. Most of them, however, never get used in the work at hand. “I use only about a third of what I sketch for a piece,” he said. “The rest goes into a pile.” But none of it gets wasted, though. “In the last year or year and a half, I’ve written a lot of music – seven new pieces – all which were generated from this pile.” 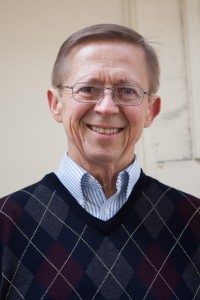 For the clarinet concerto Maslanka originally conceived it as a traditional three-movement work. “But as I worked on it, it developed into two large movements.”

The first movement, called “Lamentation,” was influenced by his interest in World War II and about how violence leads to war. “That led me to think about what the individual nature of suffering is.” And while the music is vivid and strong, it isn’t anguished. “The movement is about the transformation of suffering. I think of it as beautiful and powerful.”

The second movement is titled “Dance.” And as one would expect, the music here is dynamic and rhythmically vibrant. “It has a strong, energized kind of character,” Maslanka said. The music continually sways between major and minor sections. “It goes back and forth with a sense of urgency.”

Maslanka will be in residency at the U. for a week, during which he will work with both student composers and performers, as well as oversee rehearsals. The concerto is also going to be recorded while he’s here. “The University of Utah Wind Ensemble has first recording rights,” Myroslava Hagen said. And each of the members of the consortium will receive a copy of the CD as well as a piano reduction that Maslanka made of the full score.

“It’s a daunting project, but it’s great for the students. We haven’t done a recording session since 2009,” Scott Hagen said.