Few composers have made a greater impact on their contemporaries and on later generations than Arnold Schoenberg. In the early part of the 20th century, he gathered together the loose threads of progressive thought left behind by composers such as Richard Strauss and wove a new musical language free from the strictures of tonal theory.

The first major atonal work of Schoenberg’s is Pierrot lunaire, a seminal work that has lost none of its potency and influence a century after it was written.

The sizable audience at Sunday’s NOVA concert had a chance to get reacquainted with this stunning work. Soprano Tony Arnold and Utah Symphony colleagues Caitlyn Valovick-Moore (flute); Lee Livengood (clarinet); and Jason Hardink (piano); joined forces with Noriko Kishi (cello) and University of Utah violinist Hasse Borup to give a compelling, powerful account of Pierrot lunaire that captured the energy and vibrancy and the vivid imagery of the 21 Albert Giraud poems that Schoenberg set. 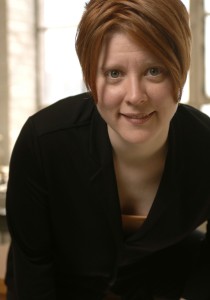 Arnold is without question one of the foremost interpreters of 20th/21st century music today. And her performance Sunday rivaled that found in most of the recordings now available for its sheer intensity and expressiveness. Arnold has a fabulous grasp of the music as well as a deep understanding of the words and how to express their meaning. Arnold, as well as the instrumentalists, brought Pierrot lunaire to life. It was a tour de force account that was absolutely mesmerizing.

The only other work on the program was The Distance (This) by the 41-year-old American composer Jason Eckardt, for soprano and small ensemble. The piece was conducted by noted interpreter of contemporary music Steven Schick.

The piece is obviously indebted to Pierrot lunaire in its vocal and instrumental writing. The orchestration is colorful and Eckardt certainly knows how to bring out the best in his forces. The music brings the imagery of Laura Mullen’s poems to life.

The texts are disjointed and angular, and Eckardt captures that compellingly in his settings. And Arnold gives another stunning performance that is nuanced and expressive and draws the listener into Eckardt’s sound world.

The musicians who played in Pierrot, except for Livengood, who was replaced by Matthew Nelson, were joined by James Hall (oboe); Leon Chodos (bassoon); Brant Bayless (viola); Corbin Johnston (bass); and Doug Smith (percussion) for this performance. The played with cleanly defined articulation and execution. Eckardt writes music that is quite intricate and demanding, but the ensemble under Schick’s direction made it look easy and natural.