Michael Hicks is one of the many talented composers at Brigham Young University with a unique and distinctive voice. His music is well crafted, imaginative and appealing, and it certainly makes a statement. 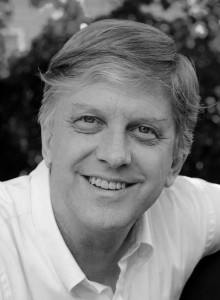 In the first half a quartet of Utah Symphony string players — violinists Rebecca Moench and Yuki MacQueen, violist Julie Edwards and cellist Anne Lee — gave a stellar reading of his colorful Strategy of Looms, from 1991.

The piece is structured on a series of brief motives that are mixed up and passed around the instruments. Oftentimes the four seem to be playing without regard to the others, but there still is a strong degree of unity of purpose and direction and a finely wrought cohesiveness to the one-movement work as a whole.

With his broad harmonic palette Hicks’ soundscape is quite distinct. Strategy of Looms is very personalized yet one can clearly hear faint hints of Bartók and Shostakovich in the music. Whether that’s intentional or not is irrelevant. What matters is that Hicks has created a wonderfully vibrant piece that engages the audience.

The four gave a dynamic account that was lucid and captured all the minute nuances of the score. Their playing was cohesive, articulate and well executed.

After intermission, husband and wife violinists Alexander and Aubrey Woods played Hicks’ Diode, a new piece that the two recently premiered at BYU.

Diode can best be described as a duo for two violins and three hands, a result of an accident that injured Alexander Woods right hand. Rather than feel stifled by the conditions that were suddenly imposed on him, Hicks instead devised a clever piece that takes advantage of Woods’ temporary limitations.

The composer has Alexander Woods play pizzicato and tap on the body of his instrument with his left hand, while Aubrey Woods mostly bows hers. At times they seem to be at odds with each other, and the music is frequently quite angular and disjointed, but everything is nicely resolved.

The two gave a compelling reading. They truly played as one — not an easy thing to do, but they pulled it off magnificently, and it was actually a wonderfully fluid and cohesive account.

The remainder of the program was dedicated to the music of J.S. Bach and Felix Mendelssohn.

The first half opened with Lee giving an elegant account of the Sarabande from Bach’s Cello Suite in D minor, BWV 1008, and closed with his joyous Cantata No. 51, Jauchzet Gott in allen Landen, that featured a small ensemble of Utah Symphony strings, associate principal trumpet Jeff Luke and soprano Celena Shafer.

The cantata is a fabulous vehicle for Shafer and Luke with its virtuosic writing for the two parts. And Shafer and Luke didn’t disappoint. They were fabulous in the bright outer movements and made their demanding parts look easy in the effortless manner in which they executed them.

The concert ended with Mendelssohn’s delightful Octet in E flat major. The eight Utah Symphony strings captured the effusiveness and youthful vitality of the music with their well crafted and seamless playing. It was a gorgeously lyrical account that exuded sunshine and innocent happiness.