In the mid-1960s Terry Riley began writing works that helped lay the groundwork for the minimalist movement. The two seminal works that are cornerstones of minimalism — In C and Dorian Reeds — differ greatly from each other. In C is constructed out of a series of repeated motivic fragments for an unspecified number and type of instruments, with a piano hammering an incessant C throughout as a drone.

Dorian Reeds, on the other hand, uses tape loop technique to record the performer (a saxophonist) and immediately play back what has been recorded. In a sense, the performer is playing a duet with himself. Riley was one of the first composers to utilize this technique. It wasn’t until about a decade later that others began experimenting with it. 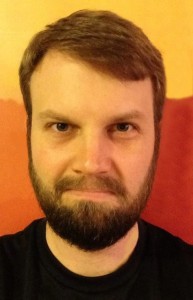 Utah musician Matt Starling (formerly Matt Dixon) has recorded In C and Dorian Reeds, but he’s taken a different approach to these works. In 2010 he and his Salt Lake Electric Ensemble recorded In C with half a dozen musicians operating laptops equipped with performance software, together with an acoustic percussion section. The recording has been well received and has proven to be a critical success. (Ririe-Woodbury Dance Company’s artistic director Daniel Charon has recently choreographed In C; it will be performed April 9-11 in the Rose Wagner Performing Arts Center in collaboration with Starling’s ensemble and percussionist and electronic musician Nick Foster. Click here for more information and tickets.)

More recently Starling has recorded Dorian Reeds, but instead of having it played on a woodwind instrument, as has been the case up to now, Starling, who is a brass player, performed the piece on a flugelhorn. Starling’s recording is the first time the work has been realized on a brass instrument.

Starling’s biggest hurdle to creating a successful and artistically viable performance was finding the means to recreate the now obsolete recording technology Riley used in the ‘60s. “I needed to find something that could mimic analog tape technology. Luckily, I found software built into a larger workspace that did just that.”

Riley was a visionary who experimented with a lot of new things that composers later picked up on and developed further, including tape loop technology. “It’s a technique that remained largely unexplored until Brian Eno and Robert Fripp in the 1970s,” Starling said.

Dorian Reeds came into being because Riley was toying around with improvisation. “Back then there was a lot of improvisation just for the sake of it,” Starling said. But that wasn’t enough for Riley. He wanted more. “Riley was a sax player and through experimentation he arrived at the piece.” Riley recorded it, and the only other currently available recording of Dorian Reeds, by Ulrich Krieger, is also for saxophone, but Starling believes it can be performed on other instruments, too.

“I think it works well for other soloists. You can go in all kinds of directions with it, and I’d like to see it in other versions, for flute, percussion, etc.” 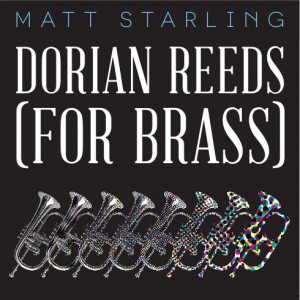 Normally, the work is played live into a microphone which then engages the tape loop process. Starling, however, took another path. “I brought something new to it. I rehearsed each module [of the piece] extensively. I recorded each of the modules separately and I recorded them several times. I then edited them and took the best of the edited tapes and put them into a digital signal processing software to fatten up the sound.”

The next step was to mix everything and blend in the individual modules, then export an audio file. “It was a pretty painstaking process,” he said.

It also took several years. “It initially started as a final project for my master’s degree [at Indiana University-Purdue University Indianapolis]. I didn’t work on it continually, but I revisited it on a regular basis over the last three years.”

Now that the recording and editing process has been completed, Starling is ready to release his recording commercially, for which he’s set a tentative date of March 22. To help him with financing the production of CDs and paying various fees, he’s set up a crowdfunding campaign at Indiegogo.

The campaign is in full swing, and Starling hopes to raise $2,000. To find out more about the project and to donate log on to https://www.indiegogo.com/projects/recording-composer-terry-riley-s-dorian-reeds.

With about two weeks left to raise funds, Starling is hopeful he’ll meet his goal. “I set up a 30-day campaign and I’m cautiously optimistic.”