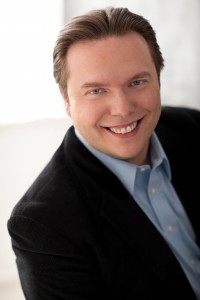 It’s been 16 years since Ignat Solzhenitsyn appeared in Salt Lake City. In 1998 he gave a recital in Abravanel Hall. This weekend he’s making his Utah Symphony debut in the hall in the dual role of soloist and conductor.

He opened the concert with Mozart’s Piano Concerto No. 18, K. 456. A wonderful gem in his concerto oeuvre, the work displays a delightful dichotomy —  the outer movements bubble with joyful exuberance while the middle Andante is a doleful operatic aria.

Solzhenitsyn brought out the effusive lyricism of the concerto with his thoughtful playing and conducting at Friday’s performance. Both he and the reduced ensemble played with crisply articulated phrasings and there was a wonderful balance between them. The elegance that exudes from the music was underscored by their refined and polished treatment.

The remainder of the concert was dedicated to two weightier works: Prokofiev’s Symphony No. 7 and Hindemith’s Symphonic Metamorphosis on Themes of Carl Maria von Weber.

Prokofiev’s Seventh is his last symphony and one of his most lyrical orchestral works; in its mellifluousness and conservative harmonic language it has much in common with his ballet scores. It’s a captivating work and Solzhenitsyn underscored its expressiveness and transparency with his well conceived and executed reading.

In his expansive account Solzhenitsyn let the music speak for itself, which allowed the nuances of the score to be readily apparent. And the orchestra played with finely crafted expressions, clarity and articulate delivery.

Hindemith’s Symphonic Metamorphosis is a vibrant work that spotlights the various players and sections. It takes an exceptional ensemble to make it work and the Utah Symphony played it splendidly, with clean lines and dynamic expressions. Each section stood out, especially the woodwinds and brass. And principal flute Mercedes Smith’s virtuosic solo in the third movement was particularly magnificent.