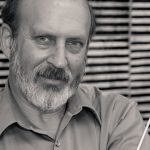 David Park, the Utah Symphony’s assistant concertmaster, will be making his solo debut later this month with the Roanoke Symphony Orchestra, one of the premier orchestras in Virginia. He’ll be performing Mendelssohn’s Violin Concerto under maestro David Stewart Wiley. The concerts will take place on November 18 at 7:30 p.m. and November 19 at 3:00 p.m. in the Jefferson Center. Also on the program will be the RSO premiere of David Winkler’s “Forza Vita;” the Scherzo from Mendelssohn’s “A Midsummer Night’s Dream;” and Mozart’s Symphony No 25 in G minor. 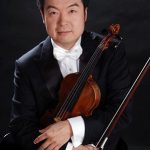 Mercedes Benz of Roanoke will host a reception for Park to welcome him as the Mercedes Benz Cultural Ambassador. Mercedes Benz of Salt Lake City, along with KBYU, was a co-sponsor of his debut CD, which received the Global Music Award in 2016. (To read Edward Reichel’s review of the album, click on http://www.reichelrecommends.com/utah-symphonys-david-park-resurrects-encore-favorites-on-new-cd/.)
Also, since Mendelssohn was heavily influenced by Bach and was a major part of the revival of Bach’s music during his time, Park will pay tribute to Bach in 2018, on his 333rd birthday, by playing the complete Bach three fugues live on Classical 89.