Continuing its theme programming, the Deer Valley Music Festival’s second chamber orchestra concert on Wednesday focused on a half century of French music, from Gabriel Fauré and Charles Gounod to Claude Debussy and Maurice Ravel. The members of the Utah Symphony were once again led by associate conductor Vladimir Kulenovic, who, in stark contrast to the chamber orchestra concert he directed a week ago, showed a range and depth of expression that served this music well. He elicited lyrical, well defined and nuanced playing from his ensemble. This was the kind of cohesive collaboration between conductor and orchestra that is vital and that was missing a week ago.

In Faure’s Pavane and Ravel’s Ma Mère l’Oye Kulenovic elicited playing that was lush and rich. The strings in particular sounded supple and sensuous. And in the Ravel, Kulenovic brought out the many subtleties in the score with his well thought out interpretation. 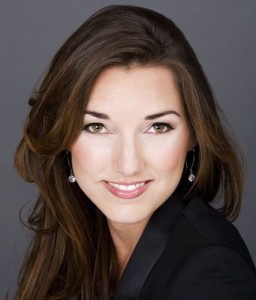 There were several noteworthy solos in each piece. Newly appointed principal flute Mercedes Smith played with gorgeously crafted expressiveness in the Pavane. Her low register especially sounded mellow and full. She was also wonderful in the Ravel, as were associate principal oboe James Hall on English horn and associate principal bassoon Leon Chodos on contrabassoon – not an instrument one normally associates with solo work.

Also on the program were Debussy’s “Claire de lune” from Suite Bergamasque and Gounod’s Symphony No. 1.

Primarily an opera composer Gounod wrote some instrumental works including two symphonies and a symphony for wind instruments, none of which are performed with any frequency today. The First Symphony was written a few years before Faust, but the work has none of the melodrama, passion or romanticism of the opera. Instead it’s a definite throwback to an earlier era, and in fact the symphony sounds quite Haydnesque in its themes, orchestration and harmonic language.

Kulenovic understood the workings of this symphony and captured its classicism well. And the orchestra played with lyricism, clean, crisp articulation and nicely defined execution.