It’s an all-Germanic program this weekend at the Utah Symphony, with works by Richard Wagner, Alban Berg and Richard Strauss. 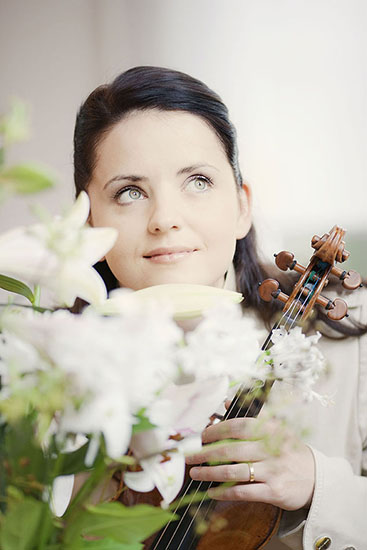 One of the most expressive pieces from the Second Viennese School, and probably one of the most accessible 12-tone works, the concerto is a wonderful blend of serialism tempered with tonality. Unlike Anton Webern and Arnold Schoenberg, Berg never rejected tonality or romanticism. He developed a unique musical style that successfully incorporated all of these elements.

Skride is a fine interpreter of this concerto, and she gave an effusively expressed reading that captured its warmth, depth and emotional scope. Fischer’s direction and the orchestra’s playing complemented Skride’s. It was a very cohesive and balanced performance that spotlighted the exceptional playing by both the soloist and the ensemble.

The second half of the concert is taken up with Strauss’ 1898 tone poem Ein Heldenleben (A Hero’s Life).

At its premiere the critics and the audience alike were outraged when they realized that Strauss saw himself as the hero of his massive work. That notwithstanding it has endured, along with his other tone poems from the last decade of the 19th century, and stands as a remarkable test of an orchestra’s technical and musical mettle.

Scored for a huge orchestra which is expected to play virtuosically, it’s a veritable tour de force. And the Utah Symphony was more than up to the task. Under Fischer’s clear and precise direction the ensemble gave a bravura performance, playing with crisp articulation and beautifully expressed phrases, and with a commitment that made Friday’s performance the highlight of the concert.

Each section delivered, as did individual players. Among the latter, concertmaster Ralph Matson’s gorgeously crafted and nuanced playing in his extended solo was stunning in its lyricism and depth of expressions.

The evening opened with Wagner’s delightful chamber piece Siegfried Idyll, although in Fischer’s decision to use a full complement of strings it lost much of its charm. Nevertheless it was a lyrical reading played with eloquently crafted expressiveness.